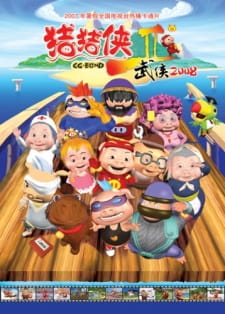 Plot Summary: Primary school student G.G. Bond is eager for the 2008 Beijing Olympics when he is dragged back in time to the competitive islander of Olympus. His only hope to return is to recover the "Keyinuoer” diamond from the dragon who guards it at the peak of Bright Mountain. He can only do this if he wins the island's athletic competitions. He has the power of a super lollipop which enhances his athletic abilities for only a few minutes, but must face up against sports genius Super Qiang if he hopes to ever go home.