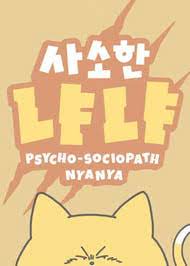 Plot Summary: Nyanya is a psychotic orange cat with only one thing in mind: escape! Determined to keep his owner Young-Sook from getting him neutered, he concocts one crazy scheme after another in hopes of liberating himself from her apartment and finding a cute female cat to be his girlfriend. Willing to do anything to save his nads, the big-headed cat terrorizes Young-Sook night and day. But no matter how much annoyance, abuse, and property damage she's forced to endure, Nyanya will always be her beloved pet - for better or worse!