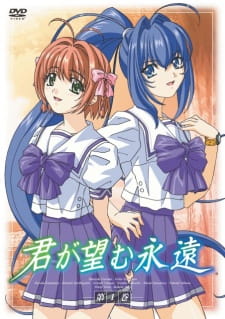 Plot Summary: After Haruka Suzumiya got out from the hospital from her three years of coma. She moved back to with her parents and continued to date Takayuki Narumi. She wanted to see her old friend Mitsuki Hayase who Takayuki Narumi dated while she was in coma.