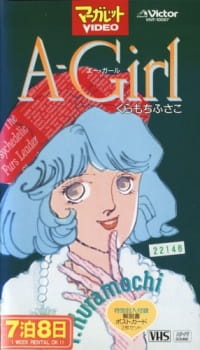 Plot Summary: High-school student Mariko and her elder sister Mayu are forced out of their apartment by a fire and move in with their landlord. Mariko meets the landlord's handsome son, Natsume, who is also a model. They fall in love but break up when Mariko discovers that Natsume is seeing other girls. Eventually, they are reunited, and the end credits roll. A-Girl has no dialog and is performed against a background of Japanese pop songs composed by Okada Tooru and sung in English! by SEIKA. Intertiles provide continuity, like in old silent films.